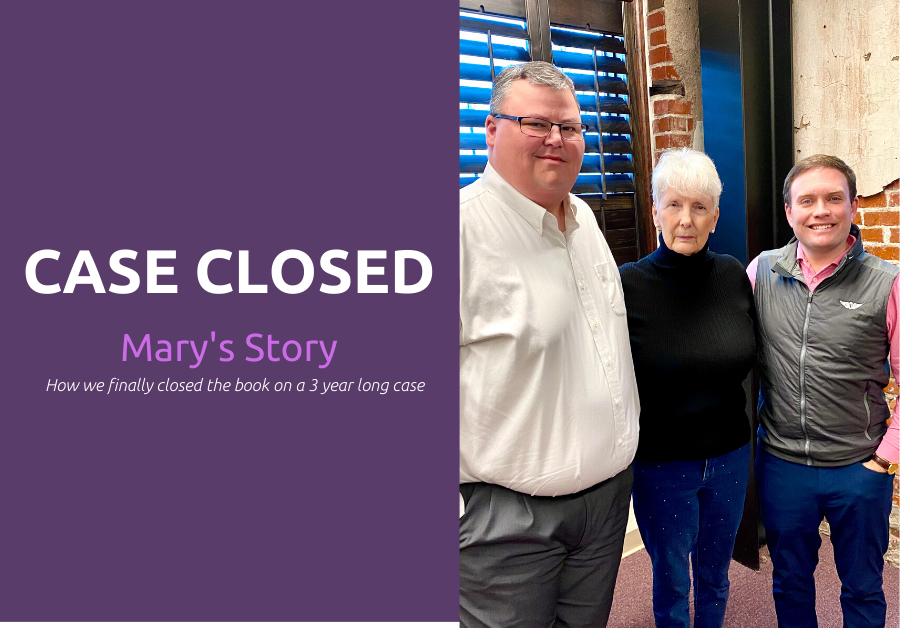 Mary’s case started in May of 2016, over 3 and a half years ago, when she was rear-ended by a fly-by-night taxi. Adding to the problems for Mary was that the taxi company had coverage through one of the insurance companies that love to advertise on TV but hates to pay valid claims. The driver of the at-fault vehicle even said at the scene the car that she was driving had bald tires and that she had been telling her boss about the safety hazard, yet the business would not replace them.

After ensuring our client was receiving the treatment necessary for her injuries and tracking down the taxi service, we were able to move forward with getting the compensation that she deserved. We didn’t let the low initial offer deter us. We pushed back against the insurance company and filed a lawsuit. A year and a half later, we participated in mediation that still didn’t pay Mary what was fair for her case. Delay, delay, delay…that was the defense lawyer’s strategy—to delay as much as possible and try to wear us down.

6 months later, we were prepped and ready for trial. Just a week before the trial though, we were able to secure a settlement that was almost 15 times more than the initial offer, and 2 times as much as what was offered during mediation.

Mary has been with us since May 2016, and we’re finally able to close the book on this case and disperse her money to her. Not only did she receive her settlement today, but she leaves our office with a financial planner to help manage her funds and invest wisely for the future.

We’re beyond grateful for Mary putting her faith in us for over 3 years and allowing us to see this case through to the end!

If you or your loved one have been injured in a car accident Georgia or South Carolina, a personal injury lawyer may be able to help you obtain compensation for their medical expenses, pain and suffering, and lost wages. The Augusta personal injury lawyers at M. Austin Jackson Attorney at Law specialize in helping victims that suffer from negligence of others.