Winning a 6-Figure Settlement in a Premises Liability Case 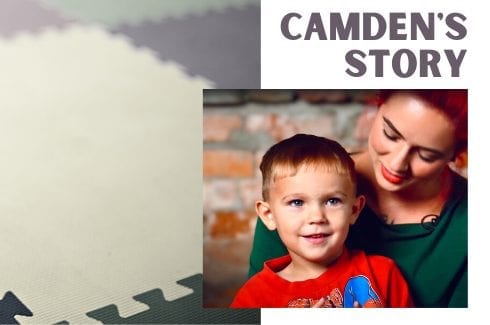 As a parent of a newborn, returning to work after maternity and paternity leave can be one of the hardest things to do. Entrusting the care of your child to another person or daycare can be particularly difficult. Unfortunately, nothing prepares you for a tragedy when it occurs. . .

In 2017, after Camden reached a few months of age, Brittney and Cody turned to the same daycare that their three older children had attended. At just four months old, Camden was tragically dropped on his head, causing his skull to be fractured and two significant brain bleeds. The daycare worker had picked him up from his crib and slipped in water that had been negligently left on the floor of the nursery. One of the most maddening things was that an ambulance was never called, and very little was done to reach out to Camden’s parents to notify them of the injury.

Once Brittney and Cody were finally notified, they rushed Camden to the emergency room, where the potentially life-threatening injuries were discovered. Luckily, Camden stabilized, and that’s when Cody and Brittney reached out to our office.

Austin met personally with Cody at the Children’s Hospital of Georgia. Over the next two years, Camden and his family went through many ups and downs. They dealt with countless doctor’s visits and working through the emotional distress that can come when a young child is seriously injured.

One of the biggest disappointments came during the negotiation process when our firm’s demand to the insurance company was met with a “no offer to settle” response. In other words, the insurance company, in this case, offered $0 initially to settle Camden’s case, despite the overwhelming evidence against the daycare. It took our office filing a lawsuit and going almost a year into the litigation process to get their attention.

We are happy to say that three years later, we were able to get Camden and his family a fair and just resolution! We are proud to have been Camden’s voice not only when he could not speak, but clearly, the insurance company was not willing to listen.

If you or your loved one have been injured in an accident at a business or private residence in Georgia or South Carolina, a personal injury lawyer may be able to help you obtain compensation for medical expenses, pain and suffering, and lost wages.

Since 2013, we have recovered millions for our personal injury clients. The Augusta personal injury lawyers at M. Austin Jackson Attorney at Law specialize in helping victims that suffer from the negligence of others and have successfully handled many premises liability cases.