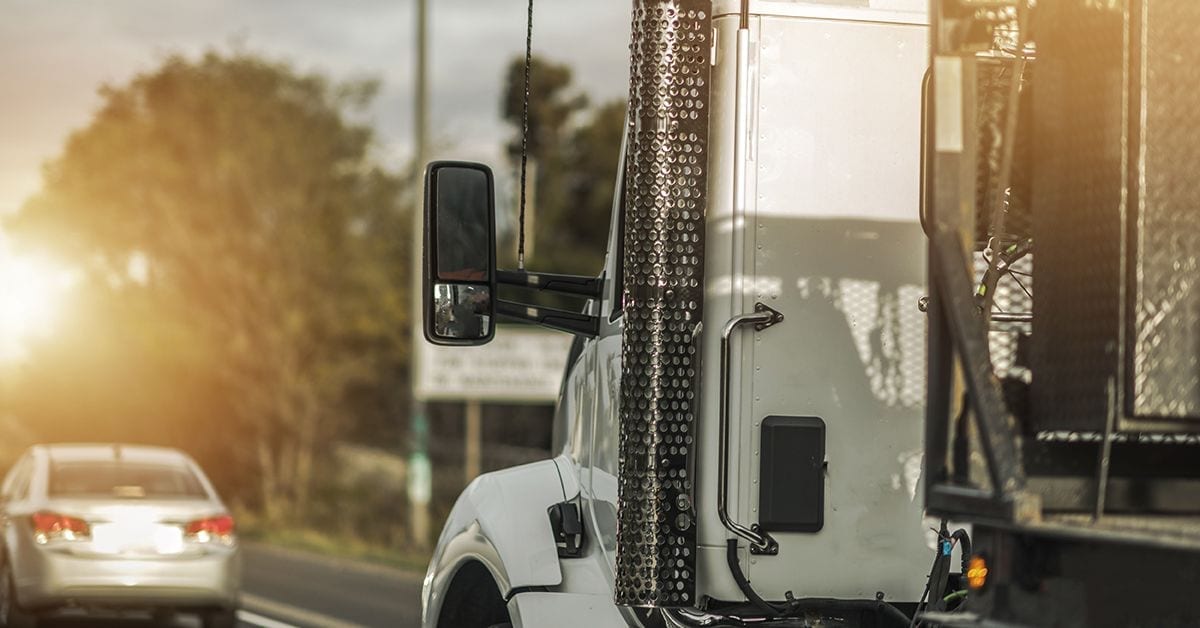 The Federal Motor Carrier Safety Administration (FMCSA) has identified the ten states with the highest average fatal truck crash rate in the country, and unfortunately, Georgia is one of them.

In fact, according to the FMCSA, Georgia has consistently ranked among the most dangerous states for bus, truck, and large commercial vehicle accidents of all kinds.

As Augusta truck accident attorneys, we want to make people living and driving in our community aware of just how grim the reality is along our major interstates and highways.

In today’s article, we are going to share some of the latest state-specific data about truck accidents in Georgia. We’ll also look at a few of the local truck accident statistics in Augusta. Additionally, we’ll ask what the national data can tell us about why and how these accidents happen.

As we will see, most of these accidents are caused by the negligence of either the truck drivers or their employers.

If you or someone you love has been injured in a truck accident in Augusta, we want you to know that you may be entitled to substantial financial compensation for your losses. The Jackson Law Offices, P.C. can help.

Traffic accident data can be difficult to track because (A) different agencies monitor different sets of data and issue their reports at different times, and (B) data takes a long time to collect and analyze, meaning we sometimes have to wait years to get an update.

In May 2018, the U.S. Department of Transportation (DOT) issued its latest Large Truck and Bus Crash Facts, which appeared to contain some good news: fatal truck accidents in Georgia were on a ten-year decline.

The table below charts the number of large trucks involved in fatal Georgia traffic accidents during each year from 2006 to 2016:

You can see the decline for yourself. It mirrors a similar decline in traffic fatalities of all kinds in Georgia during the same time period. (See that report from the Governor’s Office of Highway Safety in Georgia here.)

But beginning in 2015, the overall traffic death rate in our state started to climb back up, and experts were worried that the same thing might happen to the number of truck accident deaths in our state. (As you can see in the table above, the numbers for 2015 and 2016 are indeed slightly higher.)

In total, 214 people were killed in large truck accidents in Georgia during 2017 alone. Most of those (211) were occupants of a vehicle other than the truck itself.

This underscores home an alarming fact: even though most truck accidents are caused by the trucker and/or their employer, it is usually other drivers or pedestrians who suffer the worst injuries or fatalities. The toll of truck driver negligence on innocent lives is devastating.

How Many Non-Fatal Truck Accidents Happen in Georgia Each Year?

On average, there are more than 5,000 non-fatal truck accidents in Georgia each year.

The injuries in a non-fatal truck accident in Augusta are often quite serious and may include:

What Are the Major Trucking Carrier Companies Operating in Georgia?

One of the reasons truck accidents are so common in Augusta (and in other major Peach State cities) may be that Georgia is home to so many major trucking companies. It’s also home to many of the interstates they tend to operate on.

Some of the more prominent carrier companies in Georgia include:

However, roughly half of all large truck accidents in Georgia involve an out-of-state carrier company.

In some cases, the trucks involved may be operated by (or on behalf of) major retailers or other national and international corporations. Those companies may be liable as well.

Many will recall the tragic story of comedian Tracy Morgan having been severely injured when his vehicle was struck by a tractor-trailer truck operated by Walmart. His friend and colleague was sadly killed in the crash. An investigation revealed the Walmart driver had been awake for more than 28 hours at the time of the crash. (That accident unfolded in New Jersey, but it is prototypical of the kind of semi-truck accidents that happen here in Georgia and all over the country. As in that case, the company responsible for operating the truck is often liable.)

Regardless of whether the trucking company in your accident was based in Georgia, if your accident happened anywhere within the state lines, an experienced Augusta truck accident attorney at Jackson Law Offices, P.C. can help.

What Causes Most Truck Accidents in Augusta?

In a separate study published in 2007, the FMCSA revealed the most common causes of truck accidents in the United States.

Beyond the raw total of each accident type, researchers also tried to determine the extent to which each factor made an accident more likely. The factors are ranked according to this “relative risk factor” in the table below:

Other common causes of truck accidents cited in the FMCSA report included:

Depending on the facts surrounding the crash, each of these accident factors may be traced back to negligence by the driver and/or their employer.

Schedule a Free Consultation with the Jackson Law Offices, P.C.

Clearly, trucking negligence is a real problem in Georgia — worse here than in most states — and the situation is only getting worse with time. Our hope is that, in sharing these truck accident statistics in Augusta, we can help to remind our community to exercise caution around large commercial vehicles.

If you’ve been injured in a truck crash in Georgia, or if your loved one has lost his or her life, please call the Jackson Law Offices, P.C. and request a free consultation.

You can talk to an experienced Augusta truck accident lawyer for free, without any obligations, either in person or over the phone. It’s an opportunity for you to learn more about your rights and options under the law.

If you choose to hire us, you won’t have to pay us anything unless and until we get you money. Our fee will only be a portion of your total recovery.

Time limits do apply to truck accident claims in Georgia, however, so please don’t delay. Give us a call at 706-724-2661 or contact Jackson Law Offices, P.C. online today.

Provide us with your contact information, and the details about your personal injury matters below.