Settling A Six-Figure Trip and Fall Case in Augusta, GA 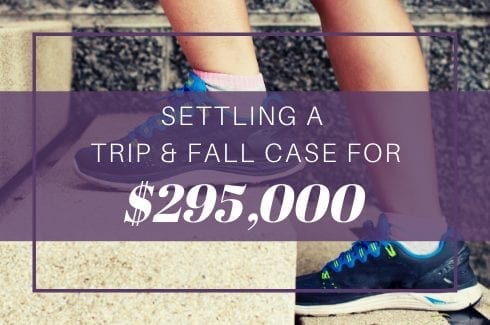 Holding someone else responsible for your injury in a slip and fall case can be difficult. Not only does one have to determine who was liable and if they were negligent, but you also have to prove that you were not responsible for the accident that led to your injury. With so many variables to examine in a premises liability case, it’s best to turn to an experienced lawyer in your area to help you.

In July 2019, Lalisa was leaving her 2nd-floor apartment when she tripped at the bottom of the stairs and broke her ankle. At Doctor’s Hospital, x-rays showed multiple fractures in her right fibula. Her right ankle was placed in a splint, and she was ordered to not put any weight on that ankle. After following up with an orthopedic specialist, Lalisa found out she would have to undergo surgery to repair her ankle. Due to her injury and the treatment required to mend her broken ankle, Lalisa was out of work for months.

So what caused the trip and fall accident?

The ground surrounding the bottom of the staircase of her 2nd-floor apartment was washed away and had formed a crater. Lalisa notified the management of her apartment complex on multiple occasions, and they had taken no action to repair the area.

Additionally, the unsafe entryway was the only way in and out of her apartment.

Why was the apartment complex liable for her injury?

The apartment complex failed to exercise ordinary care in maintaining their property, which directly led to the injuries that Lalisa suffered.

What made Lalisa’s case a success was that, even though she had traversed this area daily and knew of the crater, it was the only way to access her home. She also did what she could to bring this issue to her landlord’s attention, and still, the crater went unrepaired. The landlord breached its duty to maintain the premises in a safe condition and therefore was ultimately liable for injuries caused by its failure to use ordinary care in keeping the premises safe.

After she healed, we sent a demand to the apartment’s insurance carrier and were able to negotiate an out-of-court settlement of $295,00 for her! To all involved, it was a just and quick result.

M. Austin Jackson Attorney at Law specializes in helping victims and their families who have been injured in slip and fall accidents. Since 2013, we have recovered millions for our personal injury clients. In the event of wrongful death, the family can seek compensation for the full value of the life that was lost, as well as damages to pay for funeral expenses, loss of companionship, and much more. 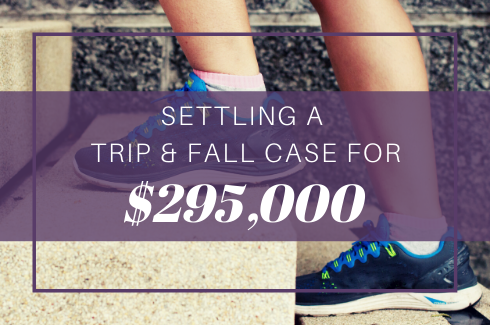 Article Name
Settling A Six-Figure Trip and Fall Case in Augusta, GA
Description
Holding someone else responsible for your injury in a slip and fall case can be difficult. With so many variables to examine in a premises liability case, it’s best to turn to an experienced lawyer in your area to help you.
Author
Alicia Chan
Publisher Name
M. Austin Jackson Attorney at Law
Publisher Logo 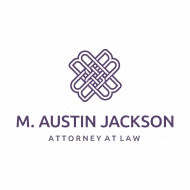